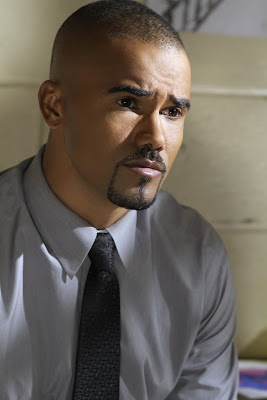 SHEMAR as SSA Derek Morgan
As we wait a couple of weeks for new episodes of CRIMINAL MINDS, fans are anxious to see, "What Happens at Home" on December 8, and SHEMAR MOORE fans are especially excited about "25 to Life," scheduled for December 15.
From the spoiler photos that emerged this week
(posted at http://www.lovingmooreandmore.com/Message Board)
it appears to be a Derek Morgan centric episode.
The episode guest stars Jayne Atkinson, as Section Chief Erin Strauss, the villain everyone loves to hate, so it could mean trouble for Derek.
According to the episode description, Morgan (SHEMAR MOORE) helps a man, whom he believes is rehabilitated, to get paroled, only to regret it a few days later when the man commits another murder.
Could this have something to do with Morgan's "secret," in a season where the producers say all of the team members will have secrets?
Regardless, SHEMAR fans at LOVING MOORE AND MORE... are already discussing the possibilities, and other CRIMINAL MINDS and SHEMAR MOORE topics. You are invited to join us.
Posted by Dee at 8:01 AM No comments: 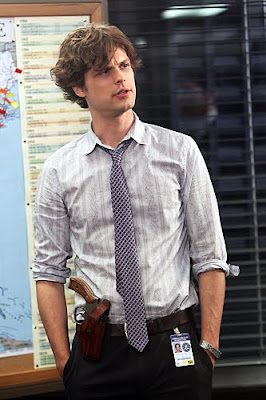 In Season 5 of CRIMINAL MINDS, series co-star, Matthew Gray Gubler, directed an especially creepy episode of the series, "Mosley Lane."
Good news! Matthew has just tweeted that he will be directing again in Season 6.
As Dr. Spencer Reid, has proven himself an outstanding young actor, but his first love has always been film making. He graduated in 2002 from NYU Tisch School of the Arts where he majored in film directing.
Looking forward to more news on his upcoming project.
You can follow Matthew on Twitter
@GUBLERNATION
CRIMINAL MINDS also stars SHEMAR MOORE, Joe Mantegna, Thomas Gibson, Paget Brewster, and Kirsten Vangsness.
Posted by Dee at 10:43 PM No comments: 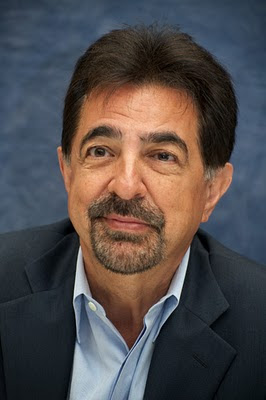 CRIMINAL MINDS star, Joe Mantegna, turns 63 on November 13. The actor, who currently plays SSA David Rossi on the hit CBS series, has had a long movie, television and stage career.
He is well-known for his many charitable works, and especially his support for our military.
He has been married for 35 years to the same woman, Arlene Vrhel.
How rare is that in Hollywood?
Joe and his wife have two daughters, Gia and Mia. Daughter, Gia, has followed in her father's footsteps and is currently starring in her own series, "Giagantic."
The actor hails from the windy city of Chicago owns an Italian restaurant, Taste Chicago, in Burbank, California.
Joe has an official website:
http://joemantegna.com/
and you can follow him on Twitter at
@JoeMantegna
LOVING MOORE Blog and the members of the LOVING MOORE AND MORE...Message Board wish JOE MANTEGNA a very
HAPPY BIRTHDAY!
http://www.lovingmooreandmore.com/
Posted by Dee at 9:53 AM No comments:

From CBS ~ a scene from CRIMINAL MINDS episode "Reflection of Desire," airing on Wednesday, November 10 at 9:00 ET/PT. Buzz is that one of the BAU team's secret will be revealed.
Stars ~ SHEMAR MOORE, Joe Mantegna, Thomas Gibson, Matthew Gray Gubler, Paget Brewster, and Kirsten Vangsness. Guest starring ~ Sally Kirkland
Posted by Dee at 7:45 PM No comments: 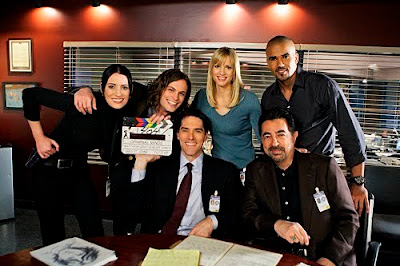 The nominations are in!

CRIMINAL MINDS has been nominated
FAVORITE TV CRIME DRAMA
2011 People's Choice Awards
Finally, our favorite series may get some well-deserved recognition. We, the viewers, have nominated CRIMINAL MINDS.
Click here to vote:
http://www.peopleschoice.com/pca/vote/votenow.jsp?pollId=1100022
You can vote daily. Winners will be announced at the
PEOPLE'S CHOICE AWARDS Show
January 5, 2011
Posted by Dee at 11:55 AM No comments: 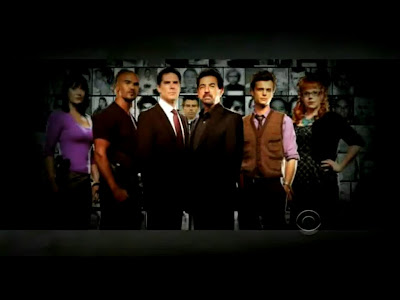 A SECRET REVEALED?
The producers at CRIMINAL MINDS have already told us that the theme for Season 6 will be "secrets," and that each member of the cast has one. Some are simple, while others may threaten to tear the BAU team apart.
The first of the "secrets" will be hinted at in the episode airing tomorrow.
In REFLECTION OF DESIRE a "new and rather cool bit of information about one of the BAU agent's extracurricular activities" will be revealed, which, according to Xfinity TV, will elicit interesting reactions from at least two of the team members.
We have been discussing the possible secrets on the LOVING MOORE AND MORE Message Board. Does one of the agents have a love child? Are Rossi and Strauss romantically involved? Could Morgan be overseeing Hotch's actions since the Foyet incident? Oh, the possibilities!
REFLECTION OF DESIRE ~ When a woman is found murdered in Georgetown, the BAU hunts a killer before he can strike again. Airs Wednesday, November 10, at 9:00 p.m. ET/PT on CBS Network. Guest stars Sally Kirkland.
Regular Cast includes: SHEMAR MOORE, Joe Mantegna, Thomas Gibson, Matthew Gray Gubler, Paget Brewster, and Kirsten Vangsness.
Posted by Dee at 9:31 AM No comments: 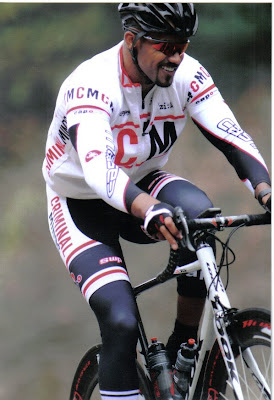 "Criminal Minds" star, SHEMAR MOORE, was all smiles at the recent Southern California Bike MS on October 16, 2010. It was SHEMAR's 5th year riding in the 100 mile event to raise money and awareness for people suffering from MS.
Although the event is over, you can still donate to a cause that is important to SHEMAR, as his mother suffers from the disease.
Here is the link to donate:
http://main.nationalmssociety.org/site/TR/Bike/CALBikeEvents?px=8923767&pg=personal&fr_id=13988
More photos from the event are posted on our Message Board.
http://www.lovingmooreandmore.com/
Posted by Dee at 9:48 PM No comments: 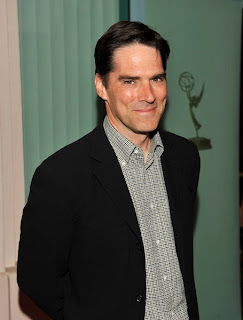 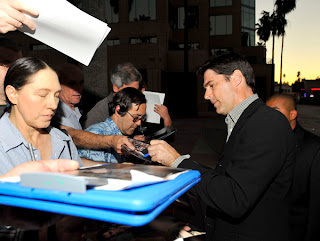 On November 1, Thomas Gibson of CRIMINAL MINDS was one of the panelists at the ATAS's "Prime Time TV Crime Fighters" Event. Gibson, who plays SSA Aaron Hotcher on the popular CBS series, is pictured above. Fans who attended the event saw a different side of him in this hilarious video from the affair.
The event was also attended by stars such as Matt Passmore (The Glades), Boris Kodjoe (Undercovers), Angie Harmon (Rizzoli and Isles), and Marg Helgenberger (CSI).
The Futon Critic interviewed the guests as they arrived. Here is the link to hear them:
http://www.thefutoncritic.com/video/2010/11/02/video-a-few-minutes-with-criminal-mindss-thomas-gibson-at-the-atass-primetime-tv-crimefighters-e
LOVING MOORE blog does not post daily, but our Message Board is always up-to-date with the latest SHEMAR MOORE/CRIMINAL MINDS news. Visit us at:
http://www.lovingmooreandmore.com/
Posted by Dee at 6:38 PM No comments: