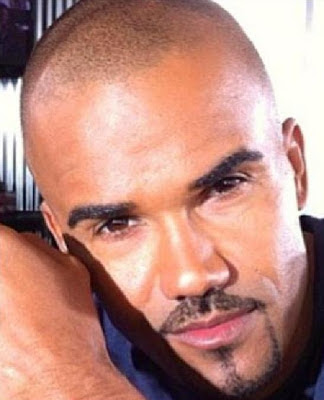 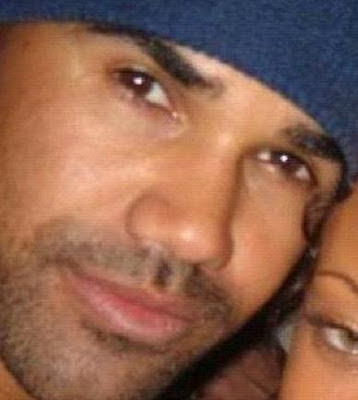 "The eyes indicate the antiquity of the soul."
~Ralph Waldo Emerson
Posted by Dee at 1:32 AM No comments: 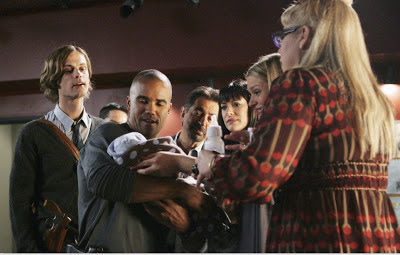 Both are lovely with children. We're betting our SHEMAR
will be an awesome father when the time comes.
Posted by Dee at 7:29 PM No comments: 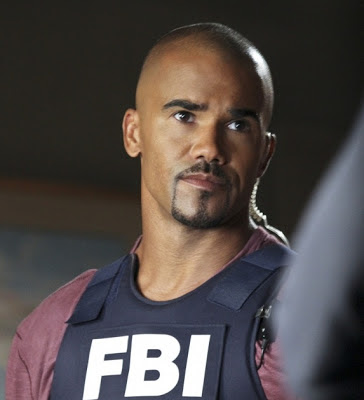 Tonight on CRIMINAL MINDS, an Encore showing of
"The Pact." The BAU  investigates a killing duo in Southern
California.

Also guest starring, Kim Wayans,
best known for "In Living Color" and "In the House."
9 p.m. ET on CBS.

An engrossing episode overall, but not a big
Morgan/SHEMAR episode.Our Agent Morgan was,
however, looking exceptional.

A decent story and a taste of SHEMAR MOORE makes
it worth seeing again. 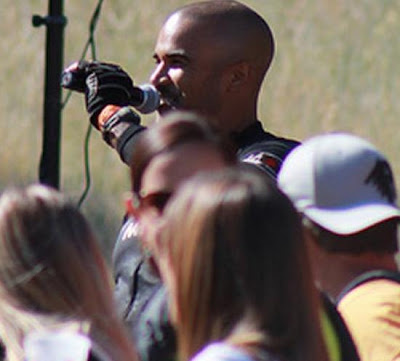 Just a (handsome) face in the crowd at last summer's
Tough Mudder Event at Lake Tahoe.

Below ~ Lovin' the tights. Is Spandex sexy? 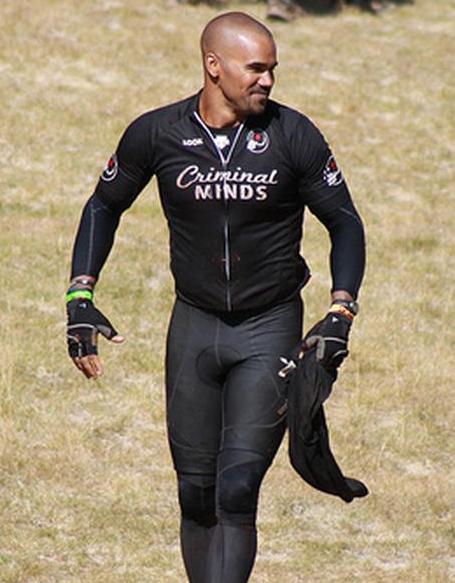 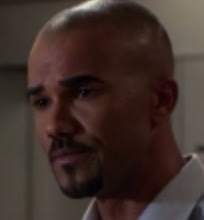 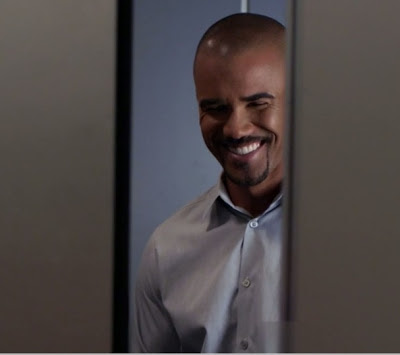 Sexy Agent Morgan
Posted by Dee at 10:45 PM No comments: 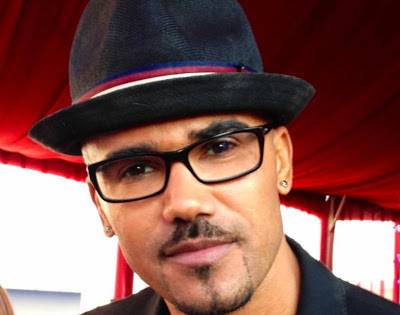 SHEMAR MOORE, proof that God loves us and wants
us to be happy. 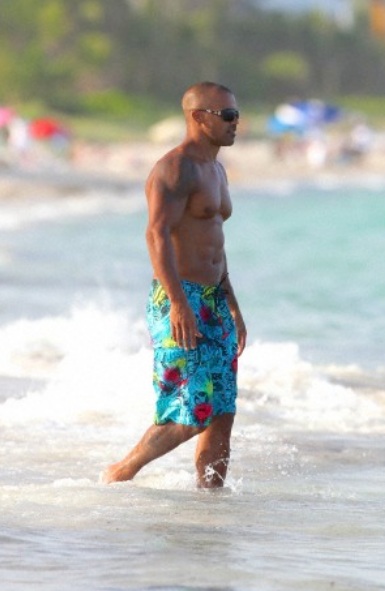 You never know who you might pass on thre streets of LA. 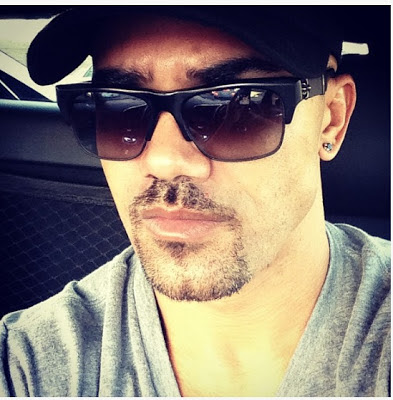 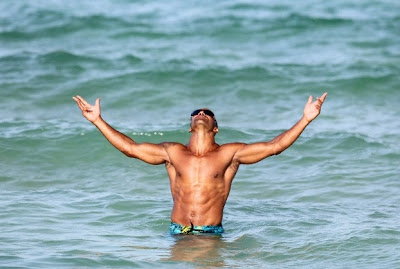 Our SHEMAR looked kind of miserable when he Tweeted the
top photo out to us on his way to work yesterday. So today's
Featured Photo takes him back to the beach in Miami where
he spent his summer vacation and he was HAPPY.

Can't you almost hear him saying "Thank God, I'm back in
South Beach?"
Posted by Dee at 1:03 AM No comments: 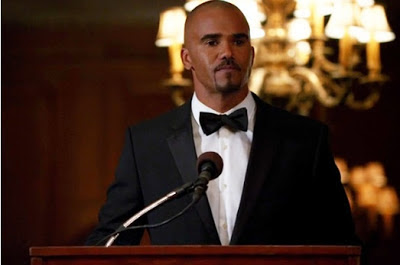 Wednesday, January 23 (tonight), we will be treated to two
episodes of "Criminal Minds."  At 8 p.m. ET there will be an
encore showing of "Magnificent Light."

In the first episode, theBAU investigates when a an attendee
at a popular motivational speaker's seminar is found murdered.
Also, Garcia is puzzled when Morgan doesn't want to attend a
dinner honoring an old family friend.

We are treated to SHEMAR MOORE in a tux.
YEEESSSS!!!!!

At 9 p.m. ET, the BAU investigates murders in San Francisco
in an episode entitled "Magnum Opus." Plus, Reid (Matthew
Gray Gubler) copes with a personal loss.

5 Seconds of SHEMAR MOORE joy!
Posted by Dee at 4:05 AM No comments:

Doesn't it make you want to give him a hug? 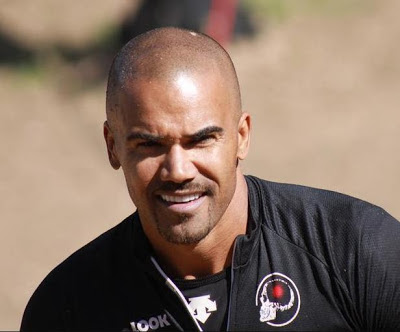 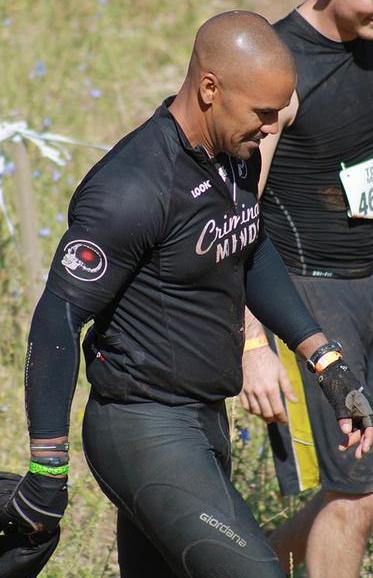 Love our SHEMAR in spandex!

Looking back. The CRIMINAL MINDS cast of 2011.

BUDDY TV has named the best "Criminal Minds" moments
of Season 8 (so far) and two of them are wonderful SHEMAR
MOORE scenes. 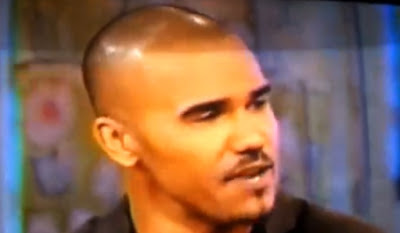 SHEMAR MOORE's appearance on "Anderson Live"
finally aired on Tuesday, January 15, although it was taped
nearly a month earlier when SHEMAR was in NYC. He
was, of course, his charming self and he made a couple of
his fans very happy.

In case you missed it, the entire video is on YouTube.

http://www.youtube.com/watch?v=KLkJfZFtPBI
Posted by Dee at 12:27 AM No comments:

To be a star, you've got to give the public what they want. And
SHEMAR MOORE fans want shirtlessness!!
Posted by Dee at 7:10 PM No comments: 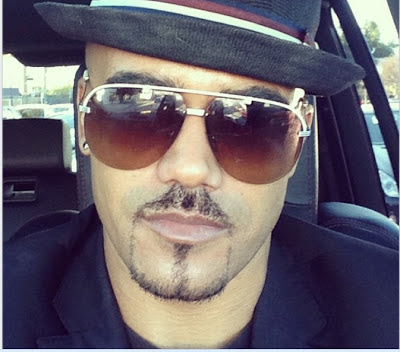 It has been almost a month since SHEMAR MOORE tweeted
that he was on his way to a taping of "Anderson Live" in
New York City.

LOVING MOORE fans have been waiting and watching the
schedule.

At long last, SHEMAR will be on Tuesday, January 15.


Set your DVR's to hear our guy tell what his three favorite
female body parts are (his LOVING MOORE fans already know)
and to watch him surprise a lucky fan. Hum?


Cannondale officially introduced their new pro team Cannondale Pro Cycling  at the famous Paramount Studio in Hollywood, CA  on the evening of January 12. The Team Launch was a first class event, which featured a red carpet for the riders to walk down after exiting from their limo. Celebrities including actress Erika Christensen and actors Shemar Moore and Joe Mantegna from the television hit Criminal Minds were also in attendance.

Cycling personality Bob Roll introduced each team member from the Cannondale Pro Cycling Team after they made a dynamic entrance into the theater on their bikes in an amazing choreographed spectacle that ended with confetti falling across the theater.

The chemistry between the riders on the Cannondale Pro Cycling Team was apparent and we should look for more winning results on the world stage from the team in 2013.

Enjoy their Photo Gallery below that features some highlights from the evening.

Check back to SoCalCycling.com  for more coverage from the Team Launch and Team Camp. 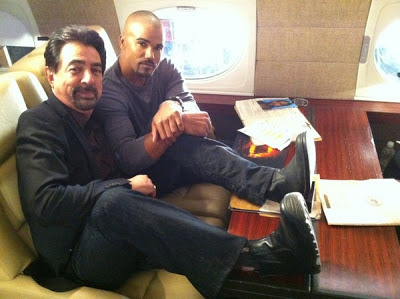