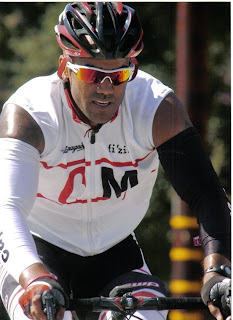 SHEMAR LOOKING FINE in a Mohawk and Spandex.
Posted by Dee at 6:45 PM No comments: 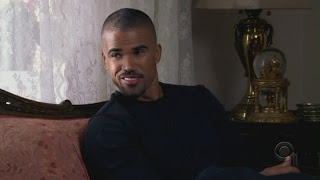 Earlier this week, some reliable bloggers were reporting that Shemar would be returning to THE YOUNG AND THE RESTLESS for a few episodes. Malcolm Winter's baby girl, Lily, is gravely ill and it is anticipated that her natural Daddy, Malcolm, will be coming to his daughter's bedside. Dates have not yet been released.

It was announced that SOUL TRAIN would soon be released on DVD. Shemar Moore hosted the program for four years and fans are hoping that he will be included. Will love seeing the fabulous musical acts that appeared on the program over the years, and a little Shemar will be icing on the cake.
The EMMY nominations came out this week, and except for a minor nomination for stunt work, CRIMINAL MINDS was ignored, AGAIN!

The series resumed filming this week, and Hotch fans can breathe a sigh of relief. The entire cast is back to work, but OMG, Hotch may be hurt. A casting call that went out was for someone to play an emergency room doctor in the episode. Hopefully, there won't be another long ambulance/surgery scene. Been there, done that already with Elle, Penelope, Reid and Agent Kate Joyner.

Shemar registered a few days ago to ride in the BIKE MS SOUTHERN CALIFORNIA RIDE for the fourth straight year. The event will take place on October 3. Since Shemar's mother suffers from Multiple Sclorosis, it is a cause close to his heart. I'm personally looking forward to the press he does to promote the ride, and the photos of him in that tight little biking outfit.

For more information on the BIKE MS EVENT, and all the latest SHEMAR MOORE and CRIMINAL MINDS news, visit SHEMAR MOORE'S PARADISE. Paradise in an unofficial, fan-based website full of news, photos, and lively discussions of all things SHEMAR and CRIMINAL MINDS.
-Dee
http://shemarmooresparadise.yuku.com/
July 19, 2009
Posted by Dee at 8:13 PM No comments: 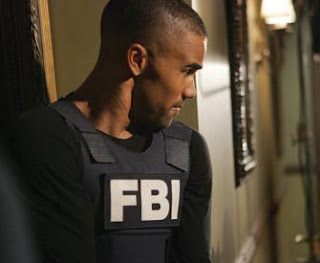 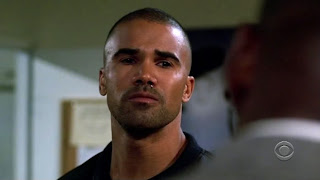 Shemar Moore's current role is on the hit CBS series, "Criminal Minds." He plays FBI Agent Derek Morgan. Derek is thirty-six years old and single. He is an ex-Marine and former Chicago cop. He is an expert in obsessional crimes and has had bomb squad experience. He attended college on an athletic scholarship and earned a law degree from Northwestern University. He was offered the position of Head of the FBI Field Office in New York City, which he turned down.

Derek witnessed his father's murder when he was just ten years old. Troubled as a teenager, he got involved with gangs. As a result, he had a juvenile record. He was mentored by the well-respected coordinator of a local youth center, who helped to get his record expunged. His mentor got young Morgan involved in sports and helped him to turn his life around. Unfortunately, the man also sexually abused him, leaving scars he still struggles with. It is for this reason Morgan seems to be especially affected by crimes involving children.


Morgan's past was explored in the Season 2 episode, entitled "Profiler, Profiler," which is a favorite of Shemar fans. Shemar gave a stunning performance in the episode which forced Morgan to confront his past and his abuser. It was also shown in that episode that Morgan is bi-racial and has two older sisters, Sarah and Desiree. 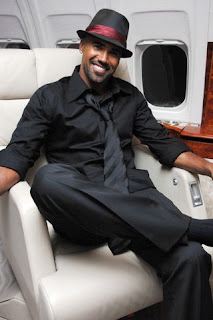 LOVING MOORE is a site dedicated to actor, Shemar Moore.

I have been a Shemar fan since his days on "The Young and the Restless." Over the years, I have watched him evolve from a young, inexperienced performer into a highly competent actor. Unfortunately, his acting is often underrated, or at least unnoticed. Shemar has done stunning work for the past four seasons on "Criminal Minds," the mini-series "Reversible Errors," and the edgy thriller, "Motives." He became the man every woman wanted as the sensitve character of Orlando in "Diary of a Mad Black Woman." He has shown a flair for comedy in his featured roles in "How to Marry a Billionaire" and "The Seat Filler."


For all the years, thank you, Shemar! Looking forward to much Moore to come.